Day 9 and I’m laying on my stomach on a bed in a cozy motel hut in Idyllwild, CA. It’s my first zero day, and I had every intention of relaxing, but have instead found myself bustling around town, finding gear, food, coffee, and catching up with other hikers I haven’t seen for a few days. 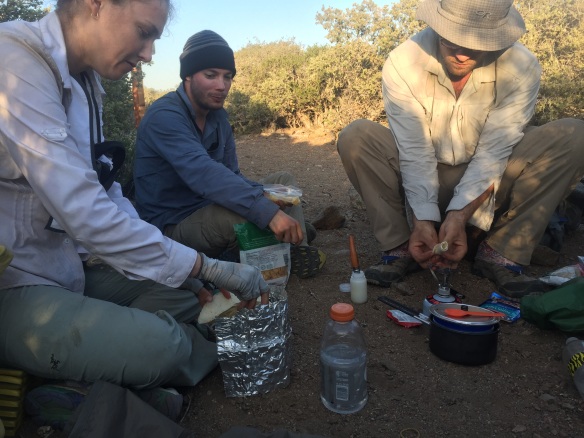 The morning hours are the most productive and the most beautiful.

Two days ago I reached mile 152 at highway 74, and walked down the road to Paradise Valley Cafe–easily the best known eatery on trail. After stuffing myself with burgers and milkshakes, I pulled out my maps with Jesse, Dana, and Evan, and we planned our next move–hiking through the Mountain Fire Detour. Several years ago, there was a massive forest fire near Idyllwild which destroyed part of the PCT. Most hikers either hitchhike into town or roadwork the 17 miles. The detour itself adds an extra five and winds through neighborhoods and biking trails after completing the rest of the open trail. We wanted to walk the entire distance, and walking the road can be quite dangerous as there are many twists and turns and a narrow shoulder. 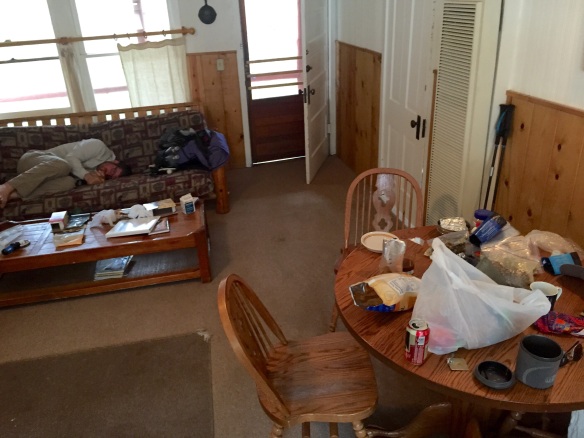 Jesse assuming the fetal position at our cabin in Idyllwild 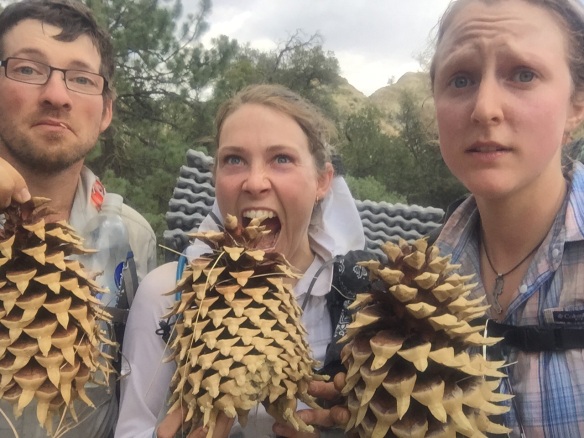 Jesse, Dana, and me entertaining ourselves on the detour 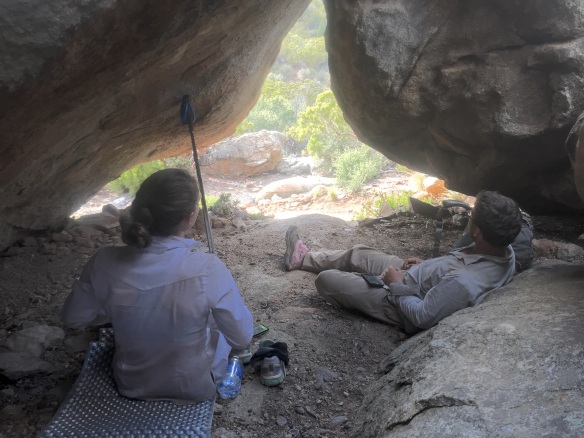 Taking a break amongst the boulders

Despite the extra miles and a walk on Forest Roads, we didn’t regret our decision to hike the detour. We push through massive boulder fields and across high ridges, we saw a massive rattlesnake which wriggled slowly across the trail, and switched on our headlamps as we climbed over the saddle into the dusk.

I went and got myself a trail name this week: Suds. This is on account of my putting laundry detergent in all of my resupply boxes–making all of my food taste like soap. And as my fathers daughter, of course I ate it all. Mouth froth and all. 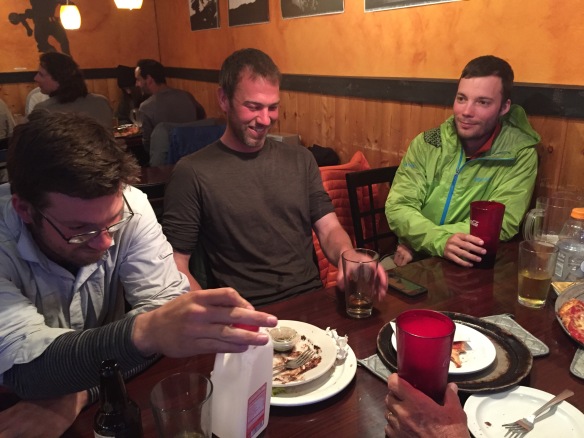 There’s something about the PCT, about hiking it, that is intensely personal. Like a good book with whose characters you feel intimate – as though no one could possibly experience the same feelings from the same literature. I want to share it with my family, friends, with the world, but I’m simultaneously jealous of its tread. 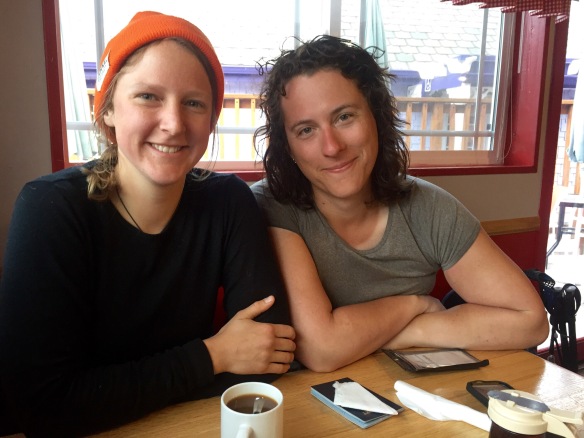 Me and Stella at the Red Kettle 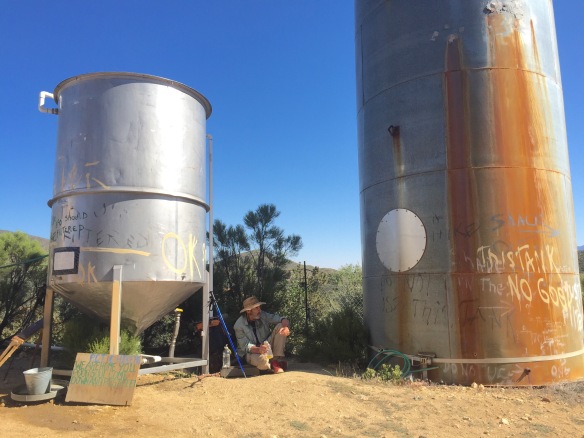 At the same time, it’s interesting to think about those who have come before me – those I know and those I have met or read about, hiking in the same place – struggling over the same rocks and seeing the same views… It makes me feel connected to those people and a community.

Conversations with strangers fall quickly into a relaxed speech and those you’ve only known a day or two become fast friends.

I’m headed down to the PCT kickoff this week–basically a big trail party back down at Lake Morena around mile 20–and it’s strange–I’ve only known these people for several days and yet it makes me incredibly sad to think I likely won’t see many of them again, or at least not for a long while. Taking four days off will put me in an entirely different group of people. The transient nature of this hike is one of its draws, but also one of the more difficult aspects. 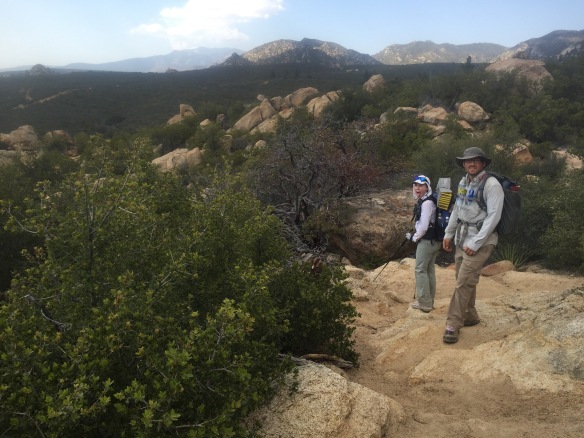 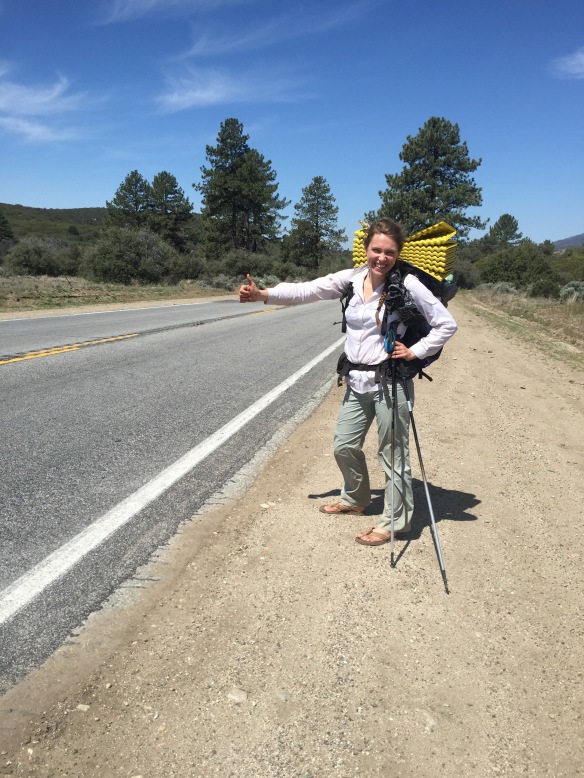 Dana was the only successful hitch-hiker this day

3 thoughts on “Of Trail Names & Detours”